3 TOP WAYS WE CAN WORK TOGETHER

Hi, so nice to meet you.

Hi, so nice to meet you.

Great to have you here. You may be here because you need an experienced speaker for your next event, or perhaps a branding expert that can help you leverage your brand and set it for success. I’m excited that you’re considering to work with me.

You’ll find all the info you need to consider me as a speaker on this page. For other engagements like one-on-one mentoring and own me for a day, see this link. 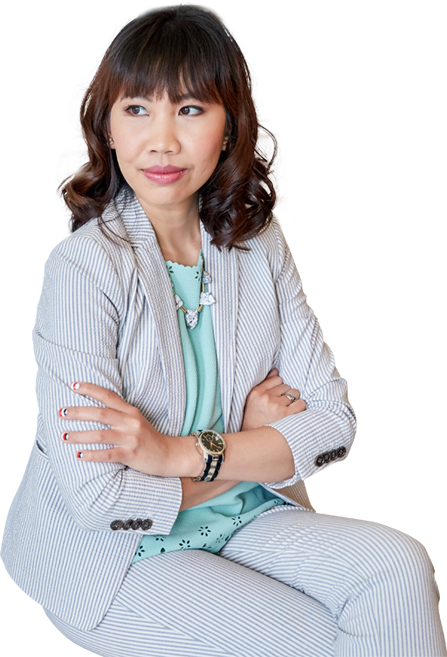 BUT FIRST, A BIT ABOUT ME

I’m the Co-Founder & Chief Creative Officer of Evanston, Ill.-based branding & digital marketing agency Chykalophia (read: see-ka-lo-fia). We help businesses who want to achieve their goals with their brand through strategic positioning. We attract your ideal clients by working on your digital marketing strategies, brand strategy & design, and escalate your website for success. 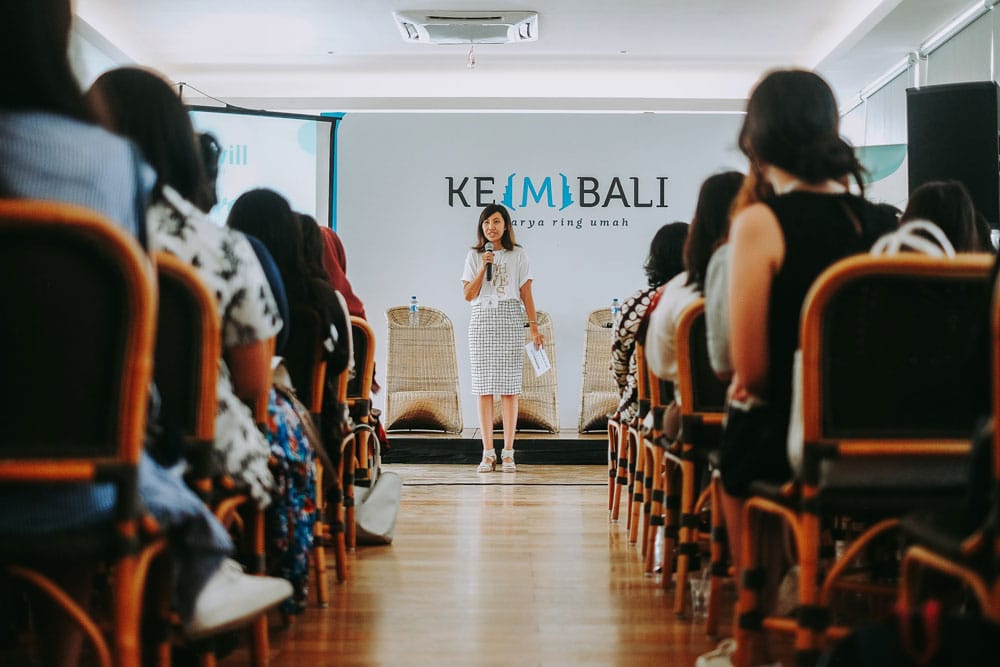 I have over 10 years of branding and design experience

In multidisciplinary projects, ranging from graphic design, packaging, to digital and UI/UX design. I’ve transformed businesses visions into a tangible form that help set their business apart from their competitors. Helped them achieve and aligning their goals through their business brands and get them closer to win their audience over and over again.

Overall, my passion for design drive my commitment to engage with audiences in every style of communication—formal to intimate, corporate to personal. As my diverse client roster attests, the one constant in my work is spot-on design for major impact every time.

In my earlier career

I received a recognition as winner of the Annual Design Award 2010 for Best Product Packaging Design. Further evidence of my versatility with design, I have worked in a corporate environment, executing email campaigns as digital designer for Sears Holdings Corp. in 2012.

Moreover, I participate as a member of committee leaders in Women Tech Founders Chicago, mentoring other entrepreneurs at 1871, and I also am available for speaking engagements.

A couple of opportunities that I’m looking for right now

WHAT YOU CAN EXPECT

When you book me to speak for your event, whether it’s for teaching a class, leading a workshop or speaking at a conference, here are a few things that you can expect:

I tailor each of my talk to your topic of the event, most importantly to the audience in the room. I believe in guiding the audience with simple actionable steps that they can digest and implement right away.

Putting together an event is a one of the most stressful works and yet rewarding at the same. I get it. Being an event organizer my self, I make sure that I help you check off all the speakers checklist from me and more.

Extra Exposure for You

Every event needs it, and I make it happen for your event. I’ll share on my personal and professional network, I also promote it on my company’s Creative Women’s Co. and theBrandLab.io community.

Current set of topics are listed below.

Crafting The 4 Core Elements of Your Brand

We tend to dive into idea upon idea during the early stage of our business. A lot of the time we mistakenly think of our logo as our brand. We forget that branding is a whole system that helps the brand define who and what’s it is all about, its character and so much more. Another way to look at is, if you think of the business as the strategy around making something of value that people want to buy, branding is the whole package to help people identify what it looks, feels, and sounds like. Your brand is the representation of the idea and who you are as a business. You’d want it to convey a sense of who you are, what you do, and, most of all, you want it to be seen by the right people. This session will help you dive deep into your brand and your brand design strategy so that it’s done right.

Aligning Your Heart, Mind, and Visions as A Creative

A strong brand leads to loyalty. For ourselves, a strong personal brand gives us an identity that can lead to career opportunities, winning contract projects, and venture collaborations. In this session, branding expert Ari Krzyzek will help you identify your goals as a creative and align it with your personal brand that reflects your heart, mind and visions. We’ll also help you discover your target audience, understand them and how to connect with them. Plus we’ll craft your personal brand statement that you can also use as your elevator pitch. This presentation is best for creative professionals who are looking to set themselves apart in the vast marketplace.

Online Positioning, Strategies, and Conversions for Your Brand

Every business has a website today. But how many of them really know how to utilize their website for success? Many business owners created a website because they just need an online presence. Despite how active and how engaging your Instagram may be, people would still check your website first to learn about your business, who you are (yes, people wants to connect with real people behind the business), and how you can solve their problem. You can utilize your website not only as a branding tool, but can also be a marketing tool or a selling tool. This is not another website class/workshop about making a website. It’s about converting the current website to success. I’ve worked with many experienced business owners who realized that they are underutilizing their website. We’ll touch on UX and conversion strategies. I’ll our structured process for you so attendees understand what’s possible and how they can leverage their website and find the right website purpose for their business.

by Polishing Your VALUE

Imposter syndrome, we all know how it always lurked in the corner. Sometimes we know how to break away from it but sometimes, we’re just lost in it. Every one of us is an incredible man and woman. But do we really know our values? This talk isn’t really about crafting a value. I want to invite you to learn about my take on VALUE and how we can use it to break down imposter syndrome. V is for Vast marketplace research. A is for Areas for your growth. L is for Leverage empathy. U is for Understand the users beyond personas. E is for Evaluate the trends. Why does it matter? Crafting this VALUE has helped me understand what value I’m bringing in to others. This talk will inspire the audience to really look at value from slightly a different perspective. Be it adding value to their employer, clients, or even to their end users. They’ll gain more confidence in themselves and help them to stand out. It applies to personal and business branding, helping set themselves apart by bringing the right value that aligned not just for themselves but also for their target audience.

I have a few other list of topics like Goal Setting & Vision Boarding for Personal Brand, UI/UX Design Process & Best Practices, and Cultivating Community that you can explore. Simply reach out and we can discuss a topic that can be a good fit for your event.

INQUIRY ABOUT BOOKING ME TO SPEAK

Contact me for a video sample of the presentation.

Ari is incredible! She is approachable, fun, and makes the idea of branding and design easy to digest. She is such a warm spirit and gave us incredible value at our Summit. We highly recommend her as a public speaker and contributor at any event. We just adore Ari!

Megan McCann, Co-Founder of Soul Success
Ari gave an engaging presentation on branding for our Evanston Women in Business luncheon. We received very positive feedback from many women in attendance about Ari’s perfect combination of warmth and expertise. We will keep her in mind for future Evanston Chamber of Commerce events! Angela Valavanis, Board President, Evanston Chamber of Commerce
Thank you again for the great session and for sharing your resources – personal branding is my weakness because I had no idea where to begin, but your worksheets were concise & prompted me to consider my past, present & future goals. Angela F., Personal Branding Attendee

I enjoyed your insights about developing my business and have already been able to apply your advise. I made the connections and am in talks about sponsorship possibilities. Thank you again! 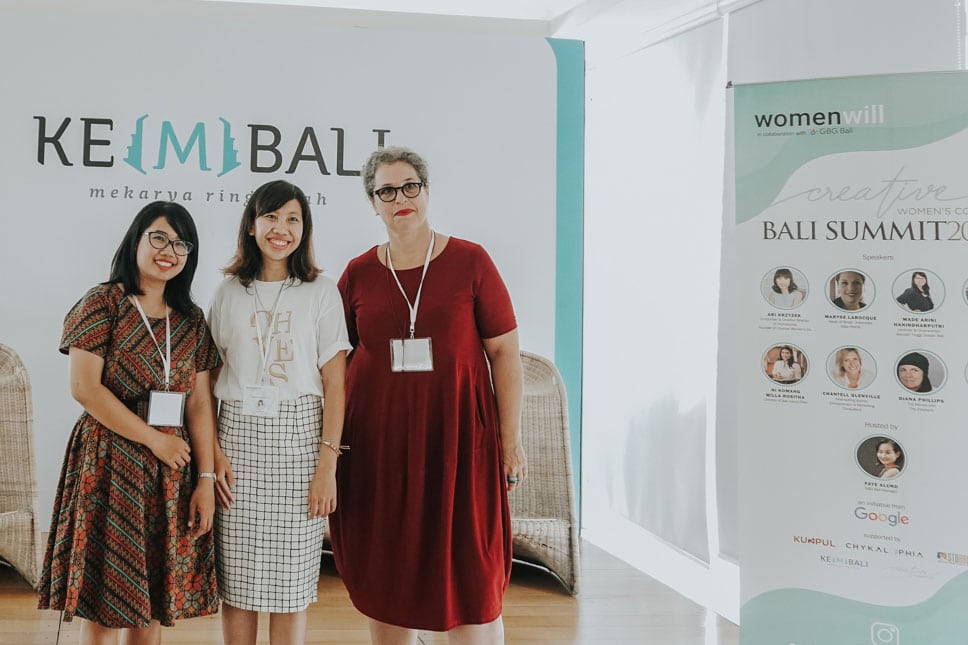 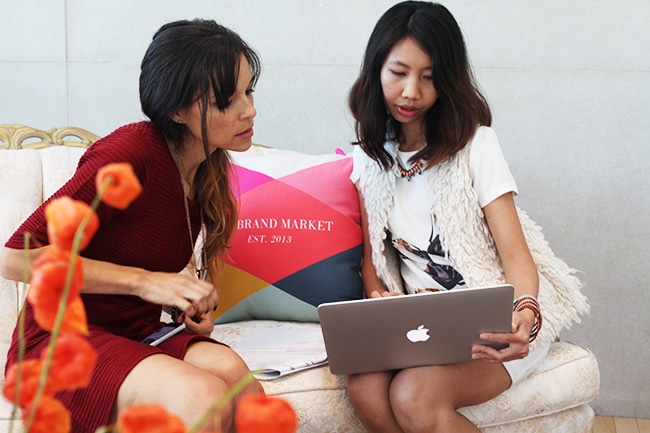 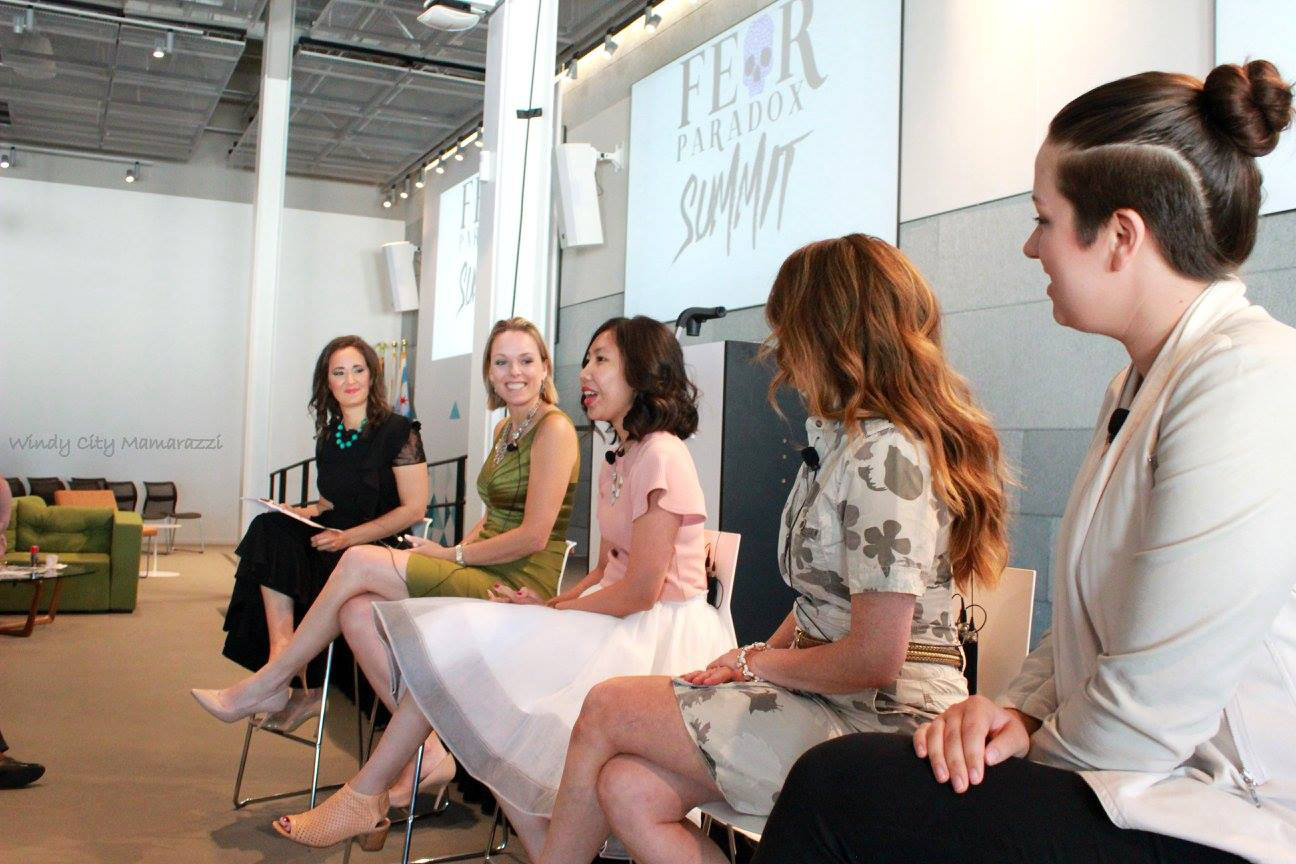 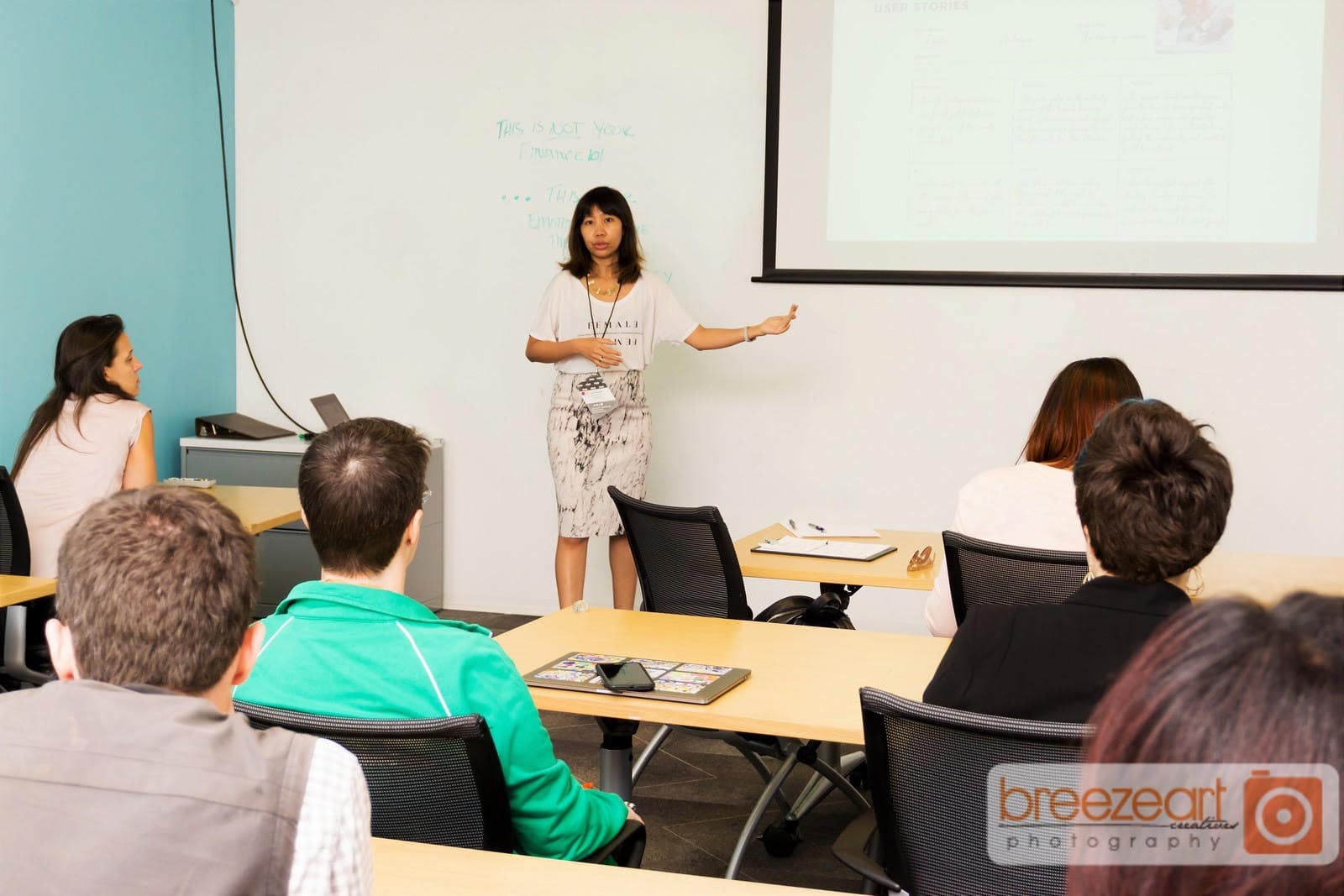 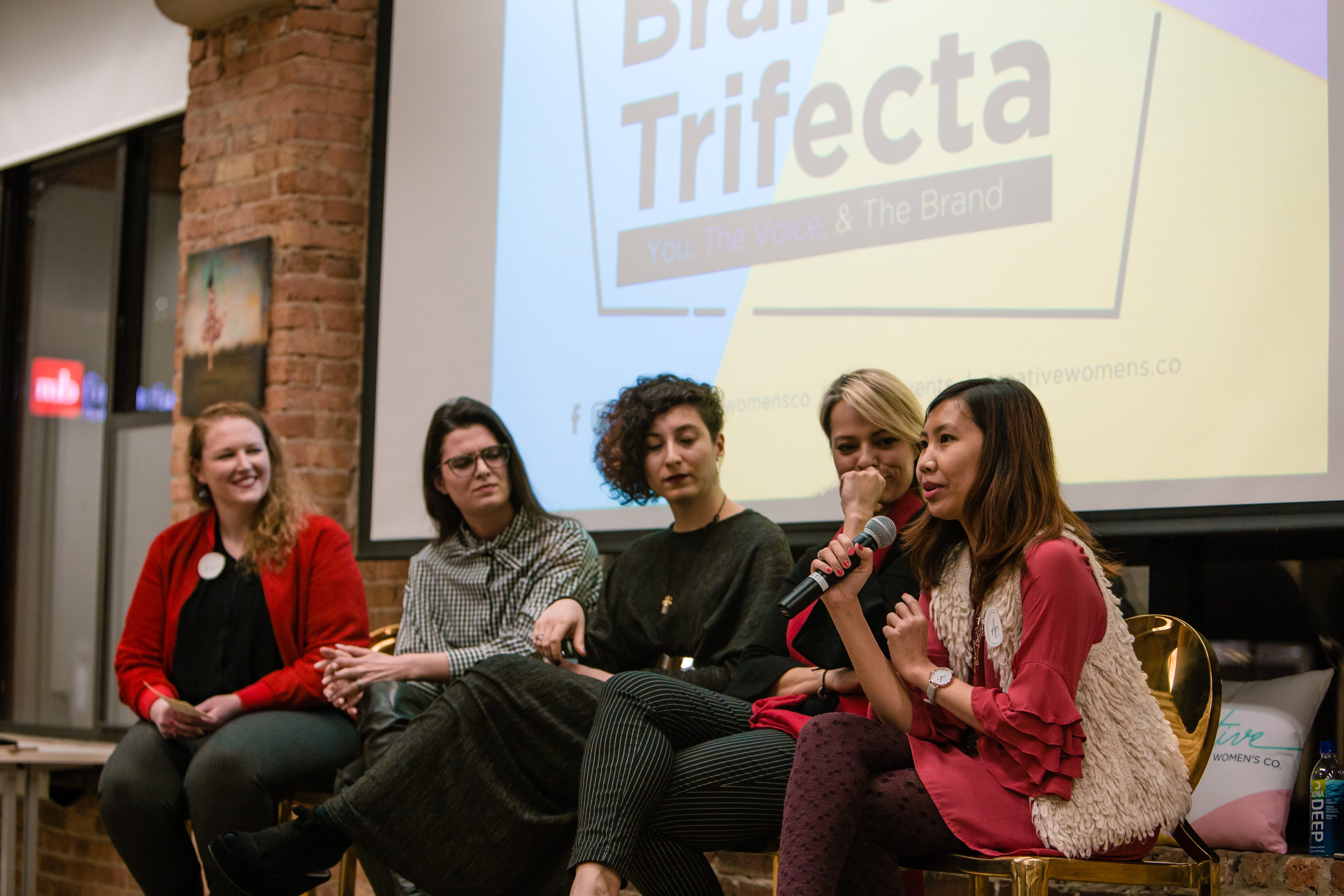 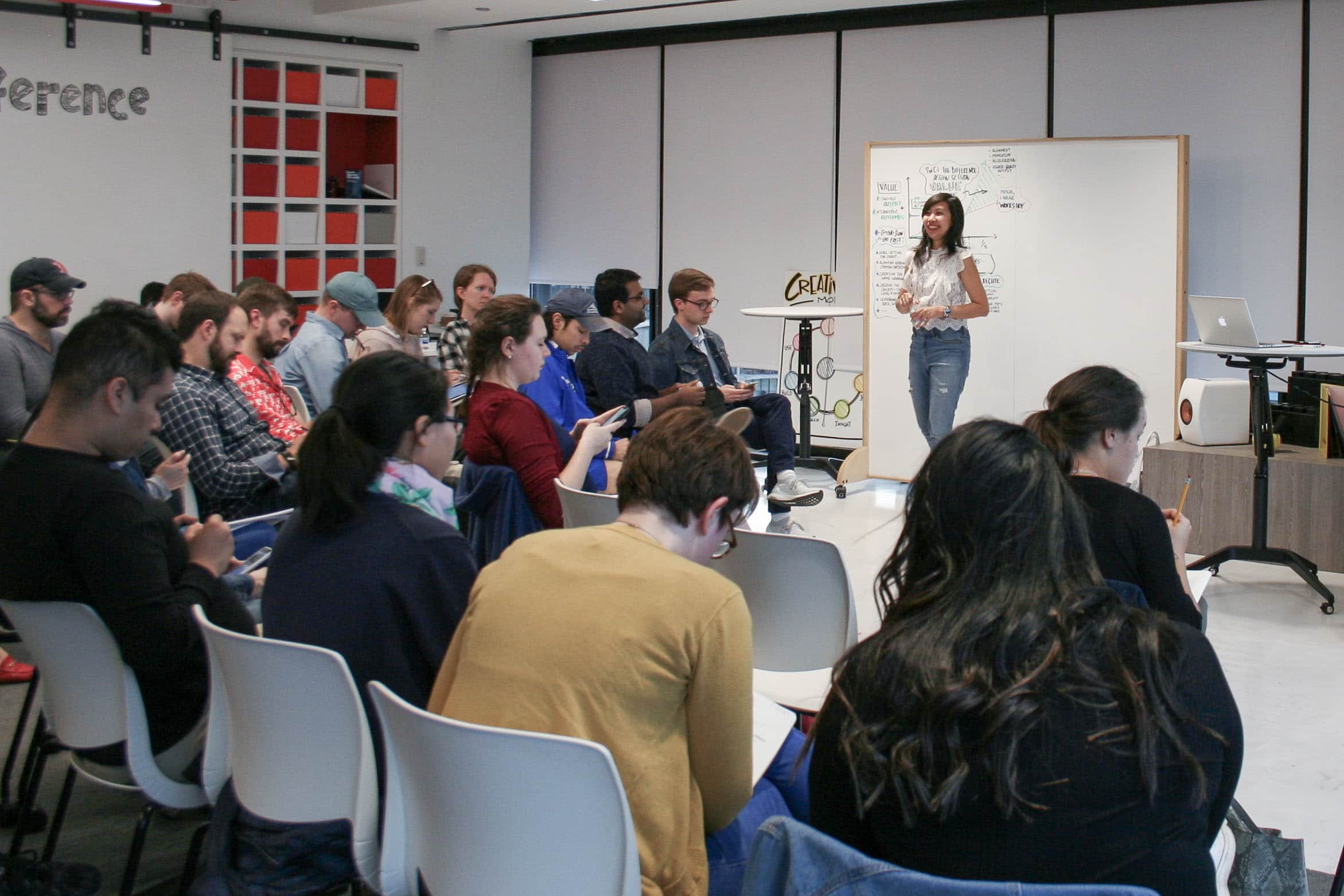 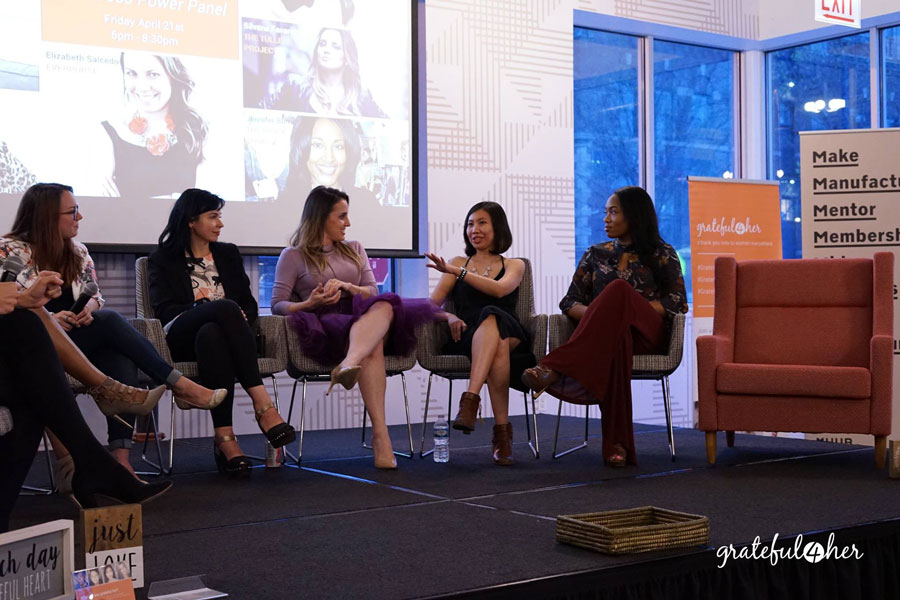 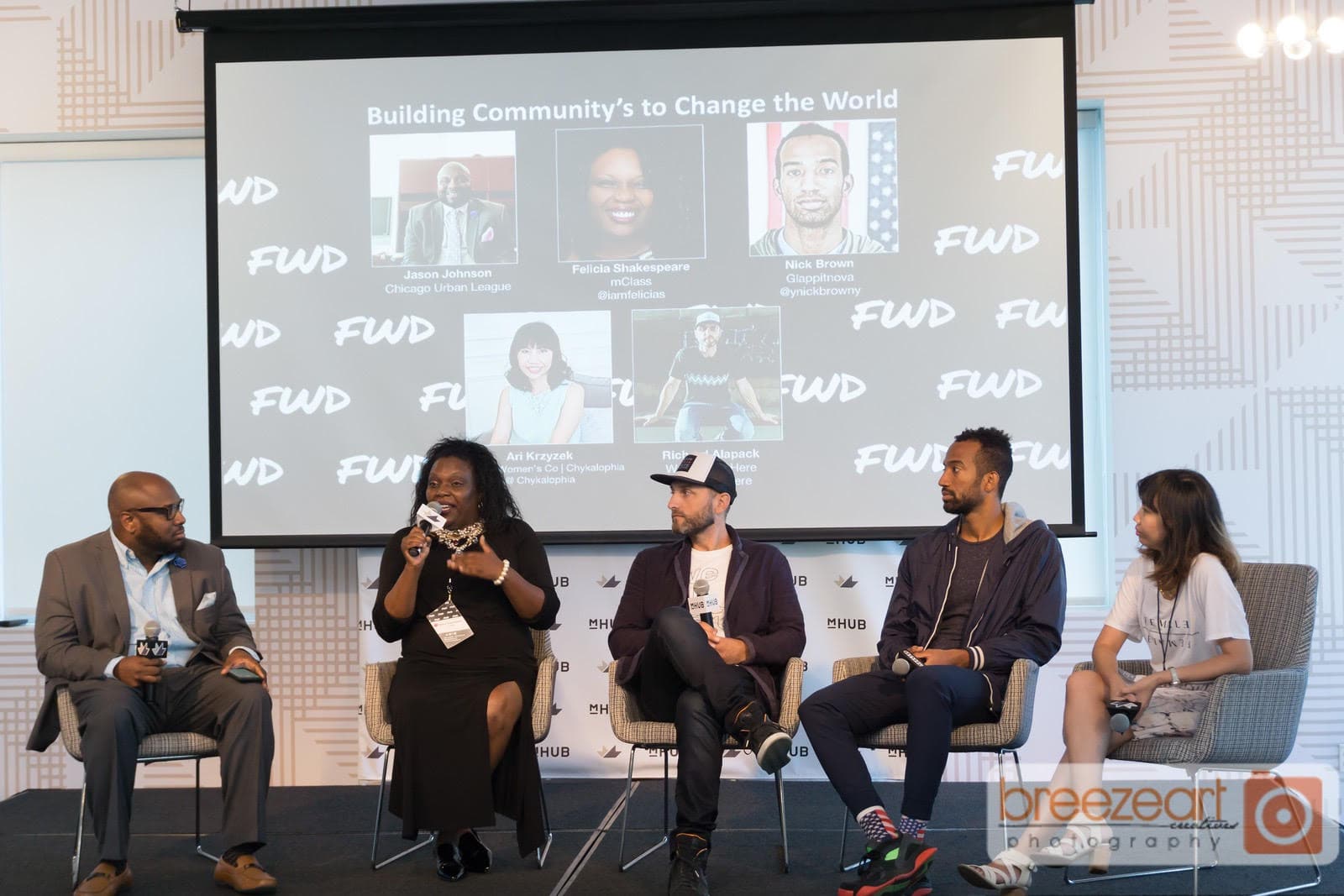 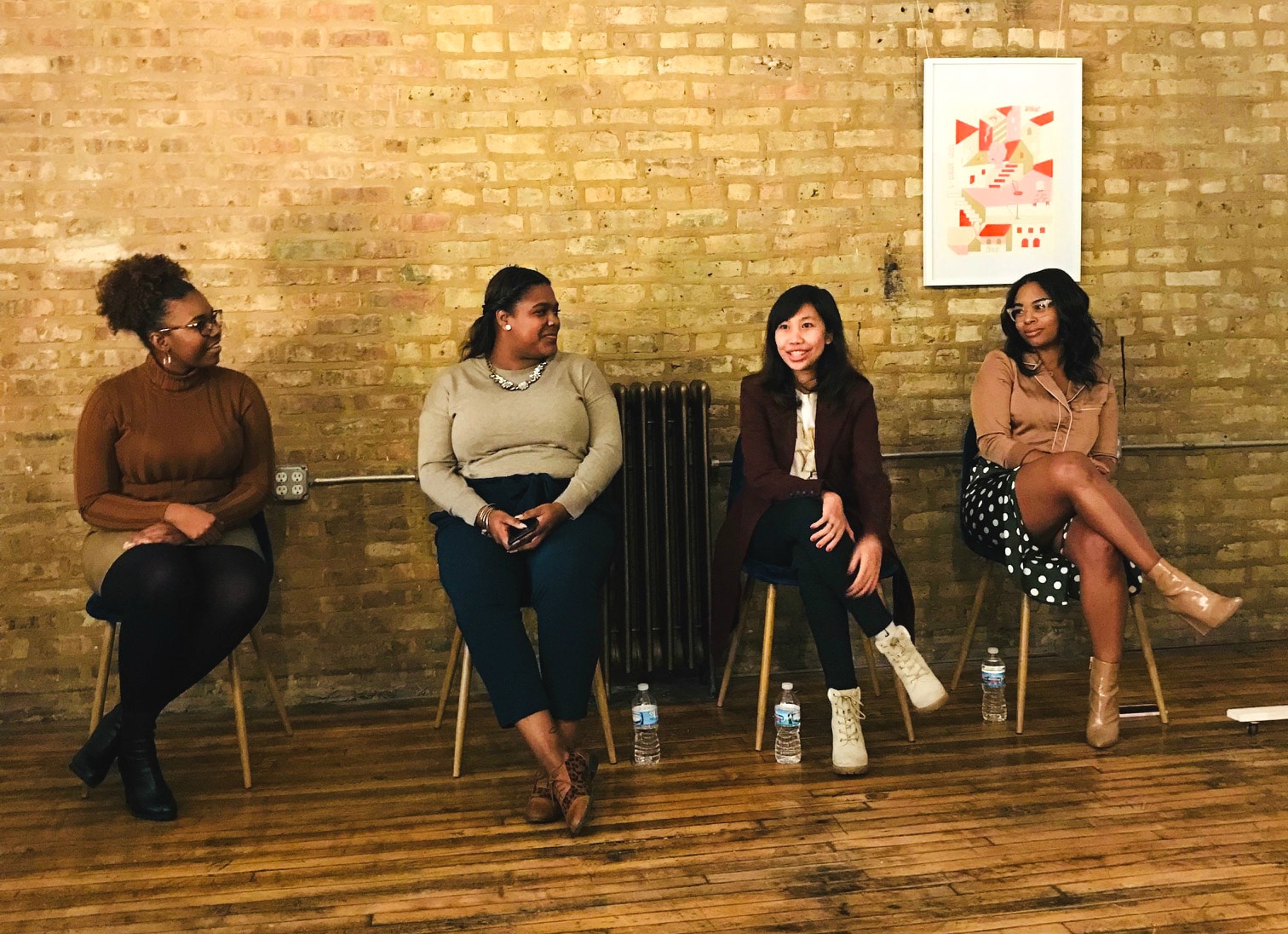 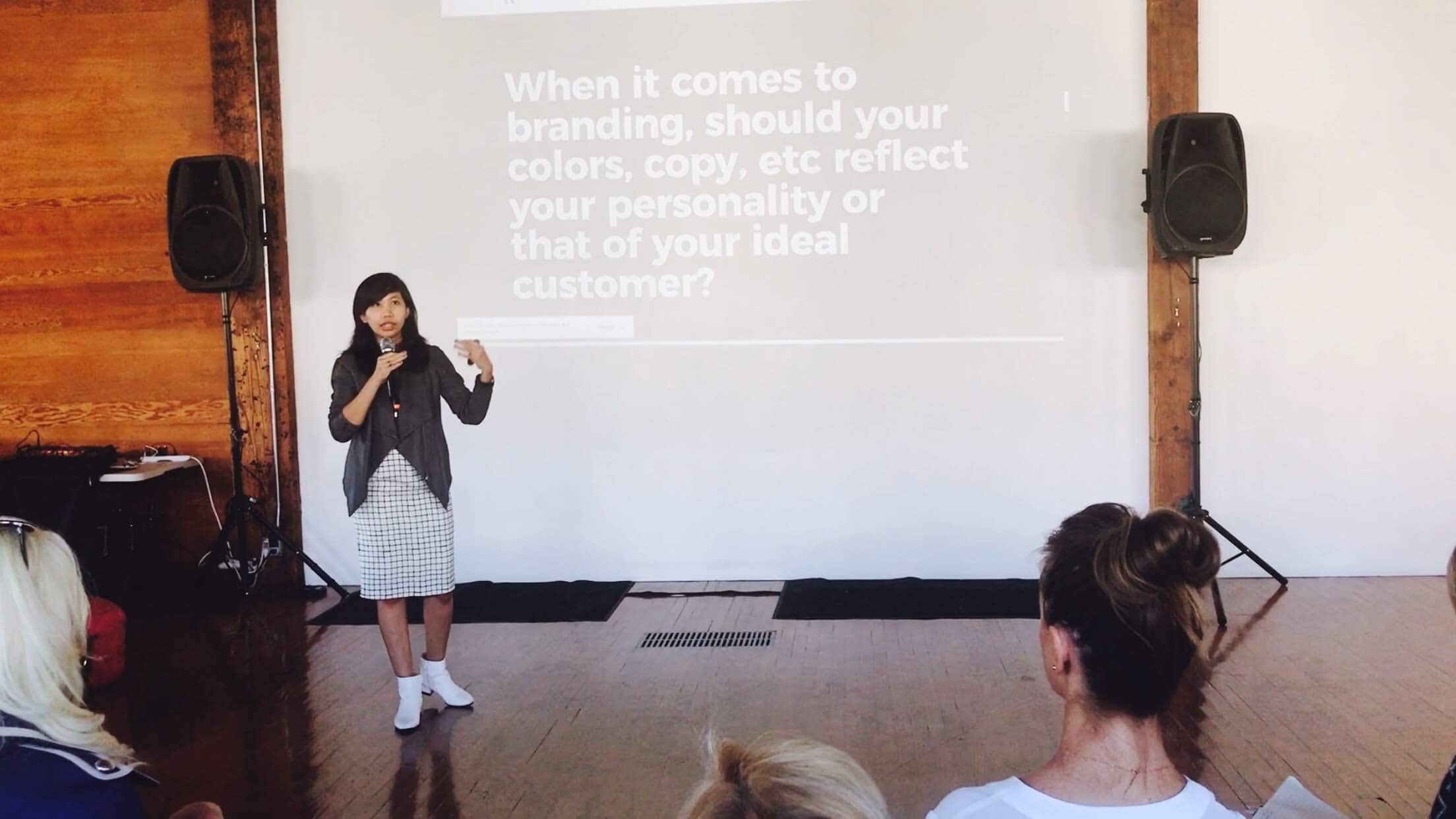 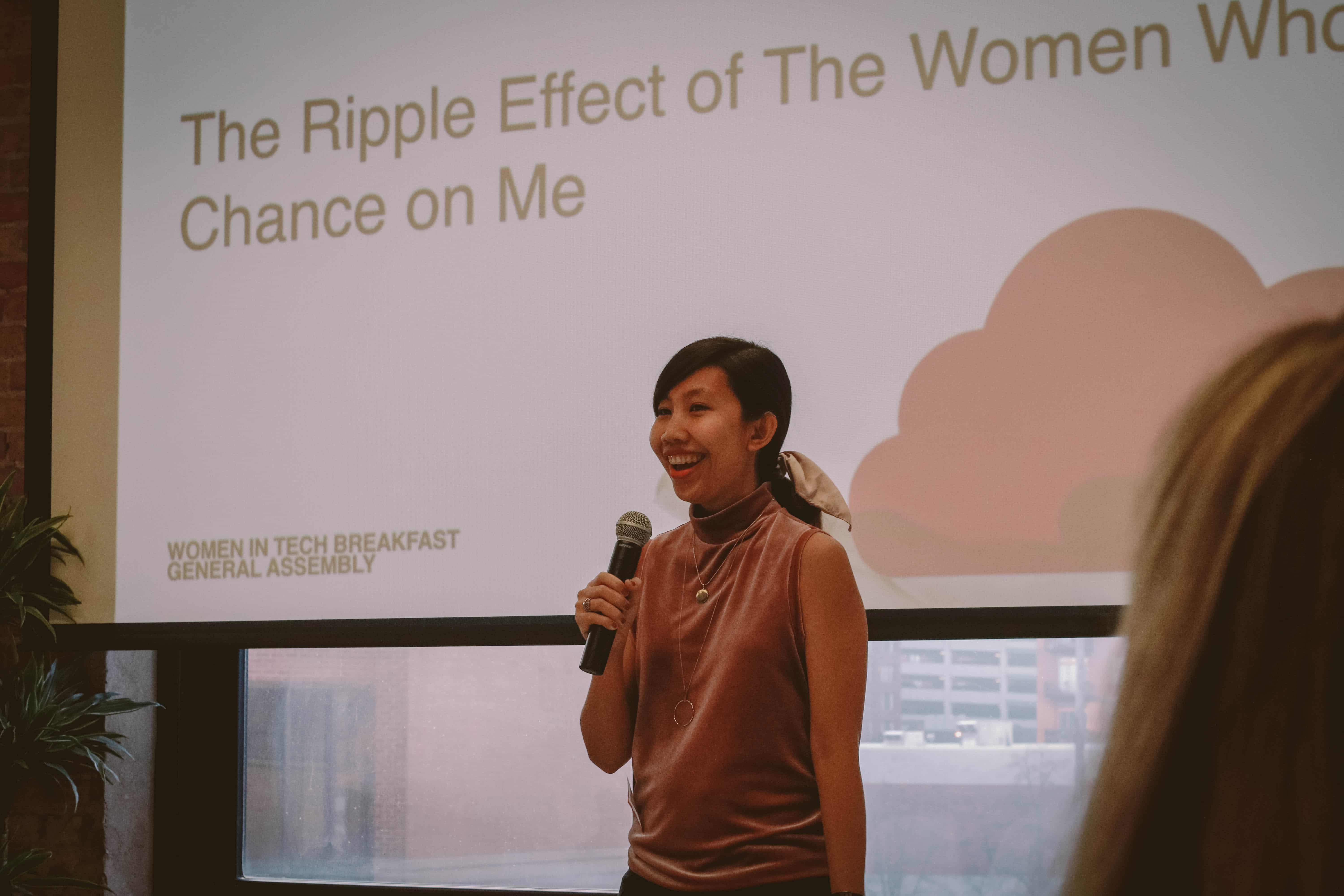 HOW I HELP OTHERS

Speaker at your next event

BOOK ME TO SPEAK

Work on a design project

THROUGH MY COMPANY CHYKALOPHIA

Own Me for A Day

I’M YOURS FOR 6-HOURS

BOOK A TIME FOR MENTORSHIP

Ari Krzyzek is the Co-Founder & Chief Creative Officer of Evanston, Ill.-based branding & digital marketing agency Chykalophia (read: see-ka-lo-fia). Her agency helps businesses who want to achieve their goals with their brand through strategic positioning. They attract ideal clients for the project by working on the digital marketing strategies, brand strategy & design, and escalate client’s website for success.

She has over 10 years of branding and design experience in multidisciplinary projects, ranging from graphic design, packaging, to digital & UI/UX design. She has transformed businesses visions into a tangible form that help set their business apart from their competitors. As her diverse client roster attests, the one constant in her work is spot-on design for major impact every time.

Continuing her creative exploration, she enjoys peer collaboration, as well as guiding & mentoring women entrepreneurs. Accordingly, she founded Creative Women’s Co. to share her expertise and facilitate meaningful exchange among enterprising peers in today’s vast marketplace. She’s also a member of committee leaders in Women Tech Founders Chicago, mentoring other entrepreneurs at 1871, and she’s also an advocate for creative women entrepreneurs in the Chicago creative ecosystem.

General Assembly Chicago, November 2018 – Lightning Talk Speaker: The Ripple Effect of Women Who Took A Chance on Me

Ladies Get Paid Chicago, September 2018 – Panelist: [Not] A Failure to Launch

Fear Paradox Summit, July 2017 – The Bleeding Hearts Panel: getting past the fear of choking your creativity

Worthy Women Chicago, June 2017 – Fireside Chat: Getting Paid Is A Forte, How to Structure Winning Deals

Midwest Meetup, November 2016 – Turning your side hustle into a gig

SheSays Chicago: Who’s Your Momma Mentor Roundtables, July 2016 – Working on and leveraging personal and side projects

SheSays Chicago: Who’s Your Momma Mentor Roundtables, March 2016 – Panelist: You Got Here – Now What? Tips for Managing Your Team

The Brand Market Chicago, October 2014 – Developing your branding or re-branding and get the best result possible when working with a graphic designer. 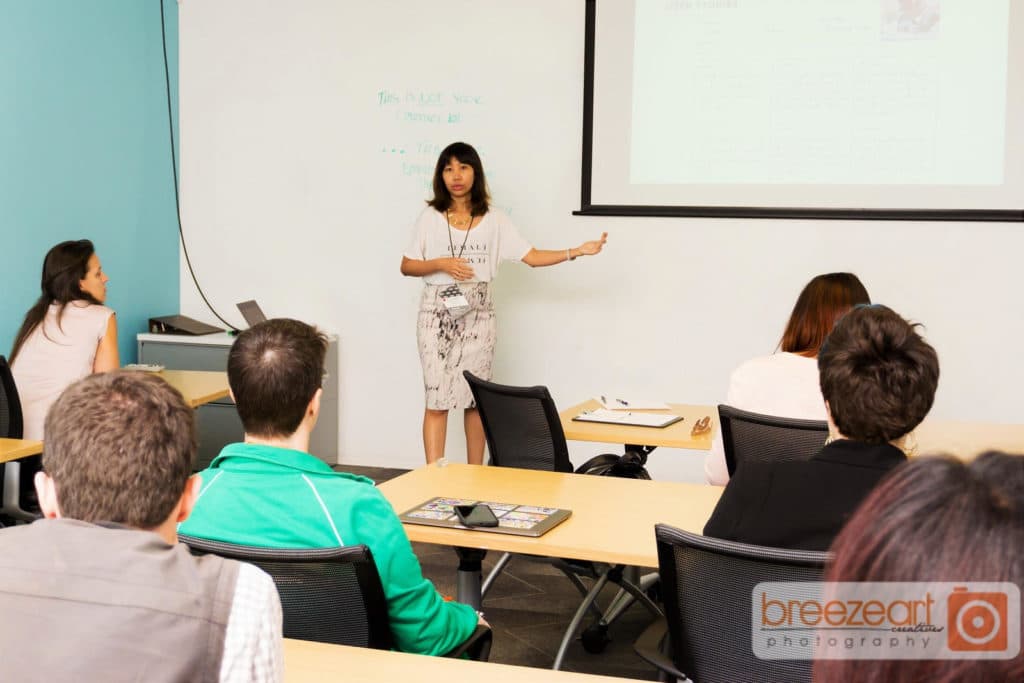 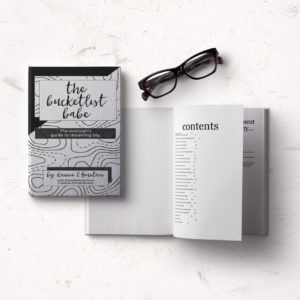 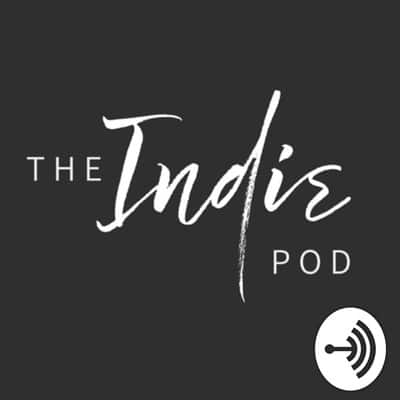 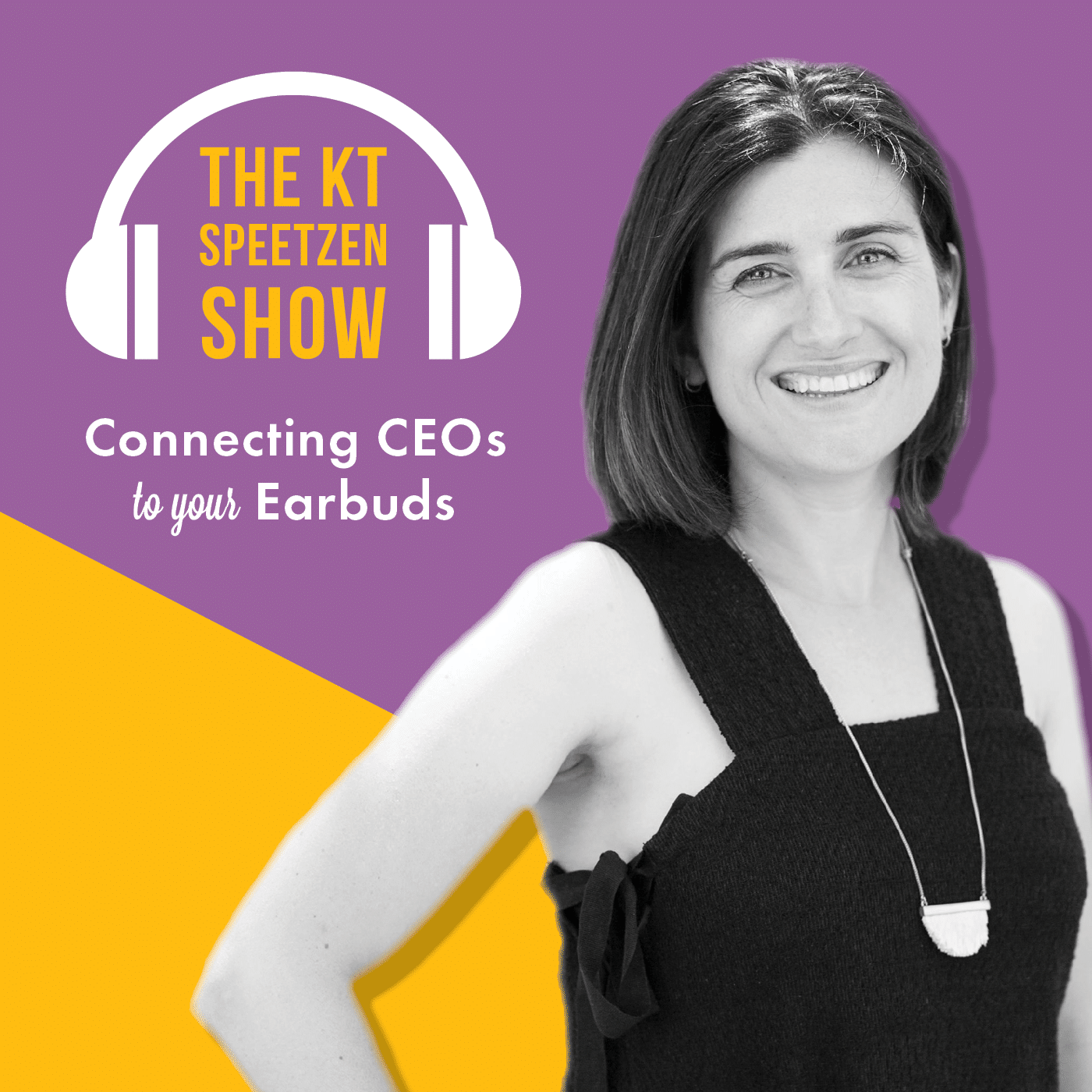 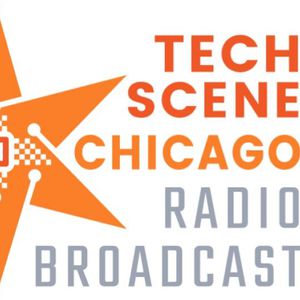 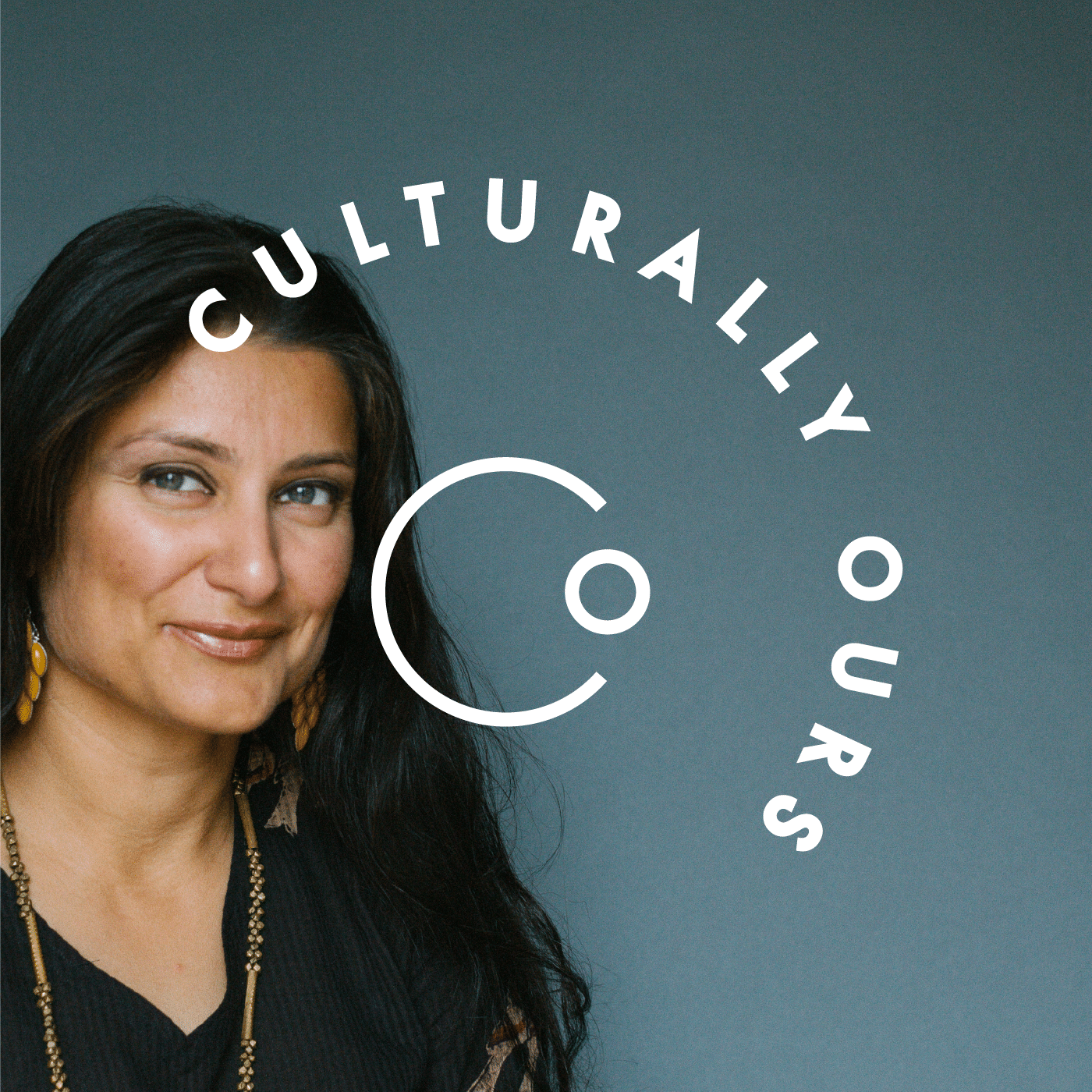